W.AG Funktion + Design GmbH are having their annual summer celebrations

On Friday, 19.08.2016 it was that time of year again – the afternoon sky was clear when all at W.AG met for the annual summer festival at the company premises in Geisa. The sand spread around the yard attracted the employees’ quizzical looks and thoughts in the morning already.

At 14:00 the murder was out and the employees could marvel at the small beach area with deck chairs, high tables and umbrellas and the decorated marquee. Apart from the party lighting, the cocktail bar with company logo and covered in foam caught the eye and proper party feeling was created with feel-good music by the in-house DJ.

Manager Konrad Goldbach welcomed all guests and thanked the organisers of the summer festival. Mr Goldbach thanked all employees for successful work in the past months and mentioned the continuous growth of the company. He informed about planned projects, recently increased number of staff as well as upcoming investments. The main focus of the speech was the concept of the new case series being launched at the FachPack 2016 in Nuremberg this year and being available in 18 sizes at six basic formats until end of 2017.

Following the announcement, Mr. Goldbach opened the extensive, tasty buffet, which, together with varied music, created good atmosphere among the W.AG guests. As always, this year’s summer festival was a great success and another relaxed W.AG event to get together and chat about “plastic cases and the world”. 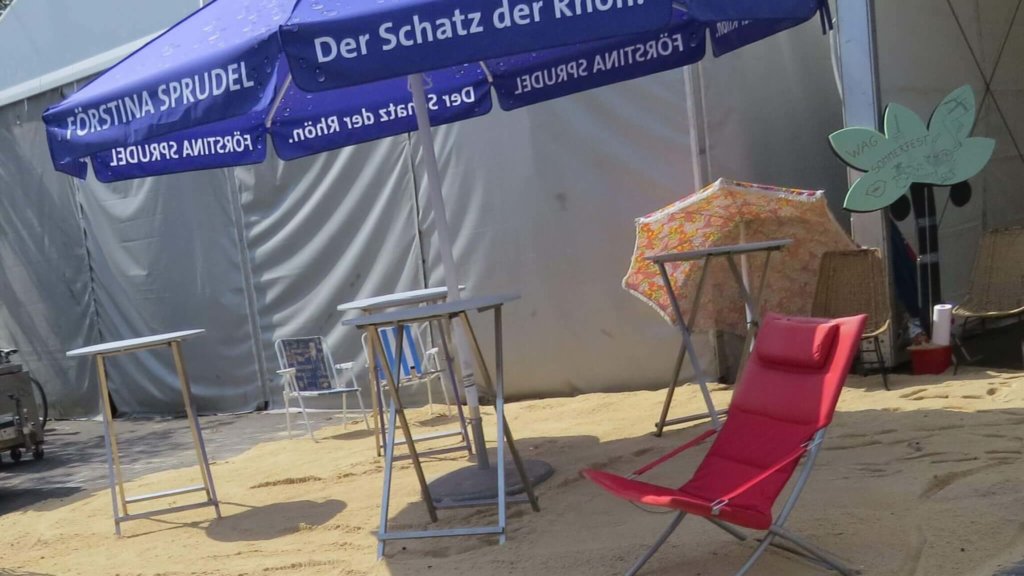 back to the archive